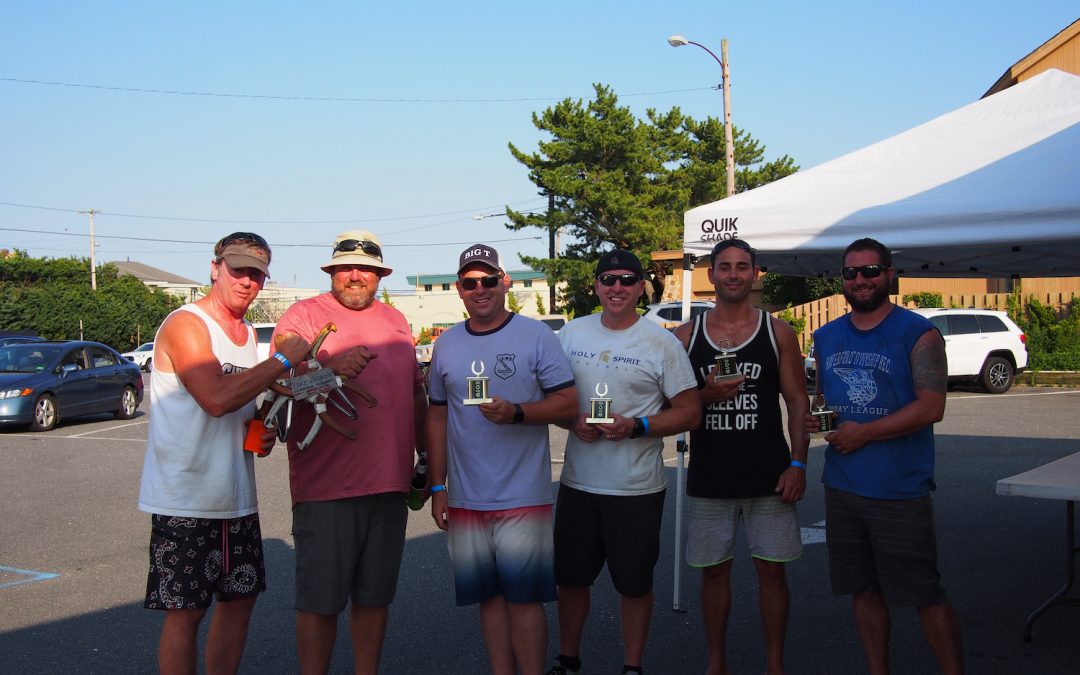 Smith/Williamson Best 24 Other Teams To Win The Horseshoe Tournament

Six students who exemplify the Spartan attitude and the spirit of the foundation’s namesake were selected to receive scholarships to Holy Spirit High School for the 2019-2020 school year.

“Thanks to every member of the board and everyone who volunteered to make this event happen. Ed had a lot of friends and family so this is like a reunion for all of us,” said foundation president Shaun Smith of Ventnor. “Last year, we had classmates from Chicago and California attend the event; this year, Nicole (Lawler) Franco, who lives in California and Ben Lihn, who lives in Hawaii, both played in the tournament. Plus, a lot more sent in donations from across the country. The class of 2003 has stepped up in a big way to support this event.”

Walter “Ed” Vizthum was an Absecon native and 2003 Holy Spirit High School graduate. Following his contributions on the football field for the Spartans, Vizthum was well known for his giving spirit in addition to serving his community as a volunteer firefighter and his love of having fun with friends and family. His large heart gave out just after his 32nd birthday on Aug. 28, 2017. Leaving behind two newborn twin girls and a deep hole in the hearts of his many friends and family members, the Vizthum Scholarship Fund was created to honor his legacy.